She met him at a small gathering of buddies. A friend of a friend, he was cute and fun to be around so when he asked her out, she said yes. A couple of days later, when they were out on a date, he went to the bar and came back with a glass of wine for her. It wasn’t long after she drank it that Colette (not her real name), a Santa Rosa Junior College (SRJC) student, felt very strange. Her date immediately grabbed her hand and was ready to take her to his car when a friend from work recognized her and noticed something wasn’t right. She intervened and took Colette home. On the way there, her legs no longer able to carry her weight, Colette fell to her knees and sobbed.

Colette suspects that her date put a “roofie” or date-rape drug like Rohypnol in her drink. Hannah Cagle, a member of the SRJC club Feminists United, says that what happened to Colette goes on “all of the time.”

According to the Association of American Universities (AAU), one in four US college women is sexually assaulted within a four-year college career. The National Institute of Justice says 80–95 percent of those women know their attackers, and that about half of the attacks occur on dates. Males are not immune, either. The Rape, Abuse, and Incest National Network (RAINN) reports that 1 in 33 American men experiences an attempted or completed rape in his lifetime.

It’s because of numbers like these that Cagle and fellow SRJC student and Feminists United member Melissa Debret have written a resolution calling for a mandatory class at SRJC on sexual assault.

Educating both men and women about what does and does not constitute consent is a major component of Cagle and Debret’s proposed class.

This focus reflects a shift from past national and local sexual assault prevention education that placed emphasis on teaching students to protect themselves by walking with a friend at night, carrying their keys in their hands, staying in lighted areas, and the like.

The reasons for the change are two-fold, says Lia Holbrook, who for almost ten years has been the prevention education/volunteer coordinator at Project Sanctuary, the Ukiah-based Mendocino County rape crisis center. The first is that lessons on “stranger danger” don’t help the large number of victims who know their attackers. Secondly, focusing on self-protection has inadvertently led to “victim-blaming,” a practice that makes victims responsible for their perpetrators’ actions.

For instance, if a victim drank heavily, was wearing sexually revealing clothing, or was considered promiscuous at the time of the attack, a victim-blamer would say she or he somehow “deserved” to be assaulted or should have “known better.”

To avoid this trap, now local sexual assault prevention advocates focus on the perpetrator by teaching that “no means no.” In addition, because so many rapes occur when victims are incapacitated or unconscious due to alcohol or date-rape drug consumption, they also teach that “yes means yes.”

“[Consent is] active not passive,” notes Holbrook. “[I]t’s not enough for somebody to just say no, but it’s that somebody is...excited...to do something—whether that’s kissing or holding your hand, all the way to sexual contact or sexual intercourse.”

Holbrook adds that consent is “a process” that requires partners to constantly check in with each other.

“Because somebody agrees to kiss [you]” or come to your room “doesn’t mean [he or she is] agreeing to have sex with you,” she says.

Besides this kind of discussion about the nature of consent, Cagle and Debret’s resolution calls for teaching students how to be engaged bystanders, which is also a component of Project Sanctuary’s prevention education program.

Situations like Colette’s make it clear that intervening in potentially dangerous circumstances can make a powerful difference, advocates say. But the majority of college students don’t get involved. The AAU reports that 54.5 percent of college students who saw someone “acting in a sexually violent or harassing manner” did nothing, a quarter stating they weren’t sure what to do.

But Holbrook says there are plenty of ways for students to take action and stay safe themselves.

“It can be something as small as…if you see somebody at a party who obviously looks like [she or he] is too intoxicated to be giving consent, and you see someone [taking that person] upstairs…not letting [her or him] go upstairs,” she explains. You can even distract a potential perpetrator while you enlist someone to help you, she says.

Being an engaged bystander can also mean standing up to victim-blaming comments.

“If a buddy makes a horrible rape joke, or [says] ‘she probably deserved it,’ ‘she’s a whore,’ or something like that, instead of just rolling over it, [make] a point of saying something,” advises Holbrook.

Cagle and Debret hope their resolution will not only result in more people offering help in threatening situations, but also in more women seeking help  when assaults occur.

To this end, the resolution calls for better advertising of SRJC’s mental-health services and the hotline of Verity, the Santa Rosa–based Sonoma County rape crisis center that provides services to SRJC students.

Cagle and Debret’s resolution unanimously passed in student government, and advocates are now working to gain campus-wide support for it. If the college Board of Trustees approves it, Cagle and Debret believe SRJC students like Colette will be one step closer to being able to go out on a date without the fear of being raped.

Editor’s note:  A Take Back the Night walk to promote a sexual-assault free campus will be held at the SRJC Rotary Plaza on April 13, 2016, 4–6 p.m. 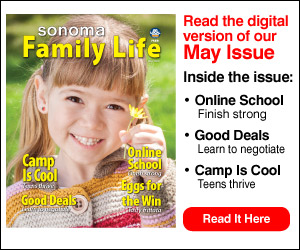