Did You Know Breastfeeding Protects Against Breast Cancer? Twelve percent of women today will develop invasive breast cancer, and more than 40,000 will die from it this year alone, reports BreastCancer.org. That’s why a refresher course on risk factors and early detection is important.

Risk Factors
There are several risk factors for breast cancer as identified by the American Cancer Society (ACS). Some of these are unchangeable but should be taken into account in developing a screening plan. Other risk factors are lifestyle-related. Therefore women, especially those already at higher risk, should consider those factors she can control.

Some factors that are unchangeable and increase risk, according to the ACS, are female gender, aging, genetics, and race and ethnicity (white women are at slightly higher risk). A greater number of menstrual cycles, previous chest radiation, and exposure to the drug diethylstilbestrol (DES) also put women at a slightly higher risk.

Other risk factors can often be controlled. Pregnancy and childbirth are one of these factors. According to the National Cancer Institute (NCI), having more than one child provides increased protection with each successive birth.

Women who breastfeed also reduce their risk of breast cancer, the NCI explains. The greater the total length of time spent breastfeeding during the child-rearing years, the greater the protection.

Oral contraceptives, according to the ACS, slightly increase risk. Though once a woman is off contraceptives for a period of 10 years, that risk is no longer present.

Hormone therapy for menopausal women can also increase risk. The ACS says estrogen alone is not a concern. For certain women, it can even slightly reduce the risk. But estrogen combined with progestin can increase risk.

After menopause, being overweight or obese increases risk, says the ACS. But as the organization explains, the risk of breast cancer related to weight is complex. Those who have been overweight since childhood may not be affected. The distribution of excess body fat may also play a role. Waist area fat, in particular, may be more significant in increasing risk than fat in other parts of the body, such as hips and thighs.

Exercise, however, has been shown to decrease risk, according to a study by the Women’s Health Initiative. It found just 1.25–2.5 hours of brisk walking each week can reduce risk by 18 percent.

Early Detection and Screenings
While breast self-exams are no longer recommended, breast awareness—knowing how your breasts look and feel so you can report any changes—is still advised, according to the Mayo Clinic.

Clinical breast exams are also recommended. For women with average risk factors, these should be done every one to three years starting at age 20. Then at age 40, clinical exams should be done annually. Women with greater risk factors should have exams more often and consult with their doctor for the recommended frequency.

In terms of mammography, the latest cancer screening guideline by the ACS recommends women with average risk should begin regular mammography screenings at age 45. Then they should be screened annually until they reach 54. After that, they should transition to every two years, as long as they’re in good health with a life expectancy of at least 10 years.

Meanwhile, the American College of Physicians (ACP) states, “In average-risk women aged 40–49 years, clinicians should discuss whether to screen for breast cancer with mammography before age 50 years.” Physicians should discuss the potential harms and benefits with women. The potential harms, argues the ACP, outweigh the benefits for most women who are 40–49 years of age.

Finally, there’s no one-size-fits-all plan that works best. So, mammography screening for breast cancer should be based on informed decisions and individualized plans.

Kimberly Blaker is a freelance lifestyle writer. Find her at kimberlyblaker.com.

Our team is all about spreading the message of breast wellness and prevention. Read More »

Read to a Dog

Learn About the Teen Brain

10:00am · Rohnert Park–Cotati Regional Library
View All Add Your Event 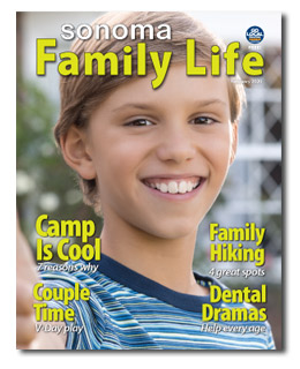