There are so many great reasons why you should consider sending your kids to sleepaway camp this summer, and it’s not only because they’ll have a whole lot of fun. Based on my experiences as the parent of a camp-loving teenager, as well as my conversations with other parents, I’ve learned that sleepaway camp can be character-building. Here are five different ways that your kids will develop and mature.

Independence For most kids, sleepaway camp is the first time they get to experience real independence. They’re away from their parents and other adult family members for an extended period of time, and they’ve got to quickly learn how to take care of themselves, from getting ready in the morning to choosing their daily activities. Of course, there are counselors who’re responsible for the overall welfare of the kids, but unlike teachers who tell kids what to do, camp counselors act much more like older brothers and sisters who’re on a joint adventure with the kids. I’ll never forget the first time my spouse and I picked up our son from sleepaway camp. Independent, mature, and with a confident, knowing demeanor, he acted like a completely different person than the one we’d left behind only a few short weeks earlier.

Organization Sleepaway teaches kids how to become better organized. From the moment they wake up in the morning to the moment they go to sleep at night, they have to make many choices that require them to learn how to organize themselves and their time. For example, in the morning they’re supposed to wake up, get dressed, brush their teeth, make their beds, and walk with all the other kids they’re bunking with to the dining hall. But unlike in school, where teachers tell kids exactly what to do and when to do it, camp counselors expect kids to figure things out for themselves—and that includes not forgetting to put dirty clothes in the hamper on laundry day.

Comradery Kids also learn some very valuable lessons about comradery. Camps often let parents request that their kids bunk with friends from home. Yet, kids will also bunk with many other campers, often from different states and countries. This teaches them how to get along with and enjoy the company of kids with very different backgrounds than their own. Most camps are aware of this and organize activities aimed at creating a strong sense of comradery and community, including evening campfires, sing-a-longs, and the ever-popular Camp Olympics.

Compassion Not every kid easily adjusts to being away from her or his parents for a long period of time, and not every kid easily makes new friends. If there’s one area where camp counselors do actively step in to help kids adapt, it’s when someone is homesick or just not happy. Camp counselors show kids how to treat others with compassion, care, and respect. Many camps also have a buddy system where kids are teamed up to support each other and do fun things together.

Conflict-Resolution Sometimes, despite camp counselors’ best efforts, conflicts do occur over who bunks together, who sits next to whom at meal times, and who plays with whom. After all, at camp kids often live with unfamiliar roommates in cramped quarters. But that’s not such a bad thing: One of the most important skills kids learn at sleepaway camp is how to solve interpersonal conflicts on their own. Camp counselors certainly step in to solve serious conflicts. But they’ll typically let the kids solve the small ones by themselves. And learning how to solve conflict is a great skill kids will bring home with them and use long after camp is over.

12:00am · No venue was assigned to this event.
View All Add Your Event 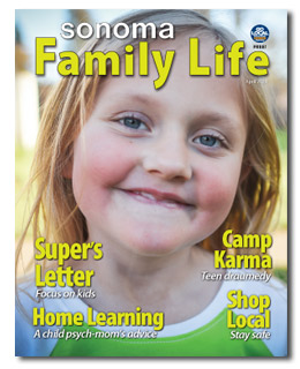