As a parent, I know how scary it can be (deep breath) to send kids to sleep-away camp for the first time. As I contemplate my daughter, 10-year-old Gracie, going to overnight camp, I’ve had my own share of brown-bag hyperventilating moments. One thing that calms my nerves is remembering some of my own camp experiences, specifically the college break I worked as a camp counselor and shared a cabin with a group of middle school girls. That summer I learned first-hand how resilient kids are when they’re away from home—thanks to a large rat named Lucifer.

The Big Reveal
Right before the campers arrived, the counselors had inklings we weren’t alone. We found suspicious droppings in our closet and heard something gnawing on our extension cord one night, but we had never seen the wretched thing. It was on our list to buy a trap, but we were busy and exhausted with camp preparations. So what happens when you don’t find the culprit before 30 unsuspecting 13-year-old girls descend upon a cabin? You can count on Camp Karma showing up with some major drama. Ours came in the form of every camper shrieking and crying on the front lawn at two in the morning. No longer satisfied creeping around the counselors’ room, the rat appeared on the shelving near the top of the ceiling in the girls’ room. And this was not a little mouse—“squeak, squeak.” It was a monster rat with a body several inches long and a spindly tail. Probably terrified at that point, the rat raced around all four sides of the room’s high shelving so that every girl could see it. I assumed that they would all be traumatized for life.

Traudrama
Emotions that run that high are what I call a perfect blend of trauma and drama—
“traudrama.”

It felt like hours before the campers were calm again.

“He looked right at me with his beady, red eyes,” one hysterical camper told me.
The camp chaplain shared soothing words. The adults dutifully said, “He’s more scared of you than you are of him.” But I perceived the girls’ uneasiness as they climbed back into their bunks to get some shuteye.

The next day, the trap snapped in one of the counselor’s rooms, and a triumphant caretaker hauled away the carcass while the girls were at their morning activities. I wondered if the campers would bounce back.

Ratsilience
I’ll admit, at first the girls didn’t want to turn out the lights—ever. But if I learned anything that summer it was to never underestimate kids. Soon, the girls bonded over their experience with the rat. They consoled one another and even cracked jokes.

It was a camp tradition to sing during meals. Anyone could start a song and bang on the mess hall’s low ceilings during the singing. One night at dinner, our campers sang their own ditty called “Lucifer,” the moniker they gave the deceased varmint. They sang, slapping their hands against the ceiling, and received a standing ovation for their clever creativity. They had developed what I fondly call “ratsilience.”

Fears Faced
I haven’t told this tale to worry you. Don’t think if you send your child to overnight camp he or she is going to bunk with questionable vermin. The point is this: No matter what challenges kids meet at camp, they usually face their fears, overcome obstacles, and leave with new confidence. That’s the magic of camp: Kids solve unexpected problems in ways that you and I can’t imagine, and they are the better for it.

I’ll never forget my summer with Lucifer, a pest who became our unofficial cabin mascot. He helped me learn that campers, and the parents who send them to sleep-away camp, are (deep breath) stronger than we may think.

Janeen Lewis is a writer and teacher with degrees in journalism and elementary education. Her work has been published in several parenting magazines across the country. 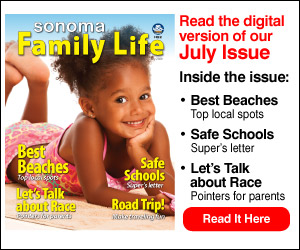