A Child with Autism Thrives During Lockdown As a clinical psychologist, I know that a routine is the first step to happiness for my child with autism, James. However, modern life, with its glorification of busy-ness and its infinite choices, resists routines. Most people enjoy the excitement of variety, of the unexpected. Even James. But when he switched to homeschooling midway through sixth grade, the shorter hours, consistent individualized expectations, and lower stimulation were the answer to his academic struggles. A year later, it became the answer for every kid in town, like it or not.

COVID-19 has brought more losses than I can enumerate. But for our family, sheltering-in-place has uncovered a kind of well-being we didn’t know was possible.

After six weeks, for the first time in his life, James started reminding me of key events: snack break at 10 a.m., lunch at noon, bike ride at 1:30 p.m. These were all high points of his day, so I wasn’t entirely surprised. That same week, though, it became clear that James had noticed how my routine had changed. He appeared in the kitchen at 1 p.m. on a Tuesday and said, “Okay, you can vacuum the front of the house now. I’ll take my break outside instead of on the Xbox.” This was a monumental breakthrough in terms of flexibility, impulse control, and fellow feeling.

To build our new routine, we needed three things: time, consistency, and clarity.

Time In an effort to go easier on myself, I allowed gobs of screen time at the beginning of lockdown. So much, in fact, that after a few weeks the kids got tired of TikTok and Fortnite.

Create structure. Once the kids were satiated with screen time, we gave it its own spot in the routine: afternoon, following a productive morning and a big lunch. The rhythm of our days demanded “down time,” and we granted it.

Use time wisely. Without transitions and social time, online school allowed for condensed instruction. And this meant my husband and I had to make our reduced work time as productive as it could be.

Consistency Consistency and repetition cement a routine. For my family, routine changes take about a month to solidify. The Internet would have us print out a schedule, post it in the kitchen, and go about our fancy lives. But making real routines is more like making sausage. You start by respecting the day’s natural rhythms and the child’s individual abilities. It’s hard to get that right the first time.

Troubleshoot. Both James and my daughter, Margot, dutifully hung up their towels after I put it on their schedule. But after a week, they forgot. So I had to shadow them closer.

Be flexible. It took James a long time to fold his towel and place it on the towel bar. So I told him to hang it on the door hook instead. And if he didn’t, I’d go find him and have him watch me do it. Margot fully intended to hang up her towel, but forgot—unless she did it right after her shower. So immediately hanging up the towel after her shower became routine.

Substitute. Even in quarantine, weather, illness, and monotony mangle routines. So bike-riding time isn’t just for bike riding. It can also be for closet-door basketball, skateboarding, and sprinkler tag.

Clarity On the first day of school-at-home, I posted Maslow’s Hierarchy of Needs on our refrigerator. I wanted the family to see that only after basic needs are met can other activities take place.

It’s all important. When I was in college, I’d let tidiness slip if a paper was due. Or I’d skip parties to squeeze in extra work time. Home life isn’t like that. At home, it’s all important and it’s all part of the routine: exercise, meals, rest, FaceTime, porch cocktails. And kids need to see that.

Make it visible. Pre-quarantine, we had a housekeeper who came on Tuesdays while half of the family was out. Nowadays, the kids sheepishly lift their feet as I push the vacuum each Tuesday. Instead of waiting until screen time, I pay bills on the laptop while they do math. All the little invisible tasks of housekeeping have become visible. That’s good for people who need things to be concrete.

Our life has been reduced to a more manageable enterprise. I hope I can maintain the well-being COVID-19 has unexpectedly brought after the lockdown lifts and the excitement comes back. 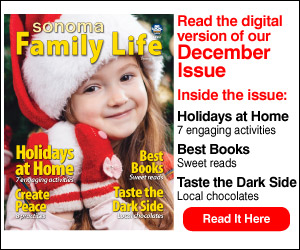