Broadway Goes to the Drive-In For Transcendence Theatre Company, the big screens at drive-ins aren’t just for Hollywood flicks. They also are for projecting films of theatrical performances, like its Broadway Holiday show. The screening is part of the company’s new COVID-safe approach to performance. Just as if they were attending a drive-in, theatergoers will park their cars in front of a large, outdoor screen set up at SOMO Village in Rohnert Park and also at Sonoma Raceway in Sonoma. Live pre-show entertainment will include a holiday sing-along, in-car activities, and food. Then Broadway Holiday, which will feature professional performances of songs from Broadway musicals as well as traditional holiday melodies, will hit the screen. Performances will be held at Somo Village December 4–6 and at Sonoma Raceway December 11–13; both shows will start at 6:15 p.m. General admission is $59 per car; VIP tickets are $199–$249 and include a three-course meal and wine for 2–4 people. For those who can’t make it to the “drive-in” screenings, Broadway Holiday will be shown on the Transcendence Theater YouTube channel (youtube.com/user/transcendencetheatre), screening on December 18 at 7:30 p.m. and December 19–23 at 4 p.m. and 7:30 p.m. Find out more and purchase tickets at transcendencetheatre.org/somo-village-drive-in. 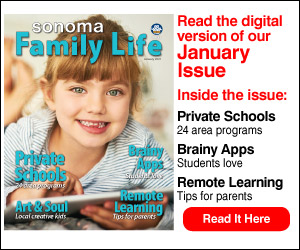