How to Coach Your Teen through Dating Parents are not generally comfortable with the idea that their teens may be dating, but it’s a fact of life that we all need to acknowledge and accept. As behavioral psychologist Shane Owens says, “Dating is a rite of passage for kids—and for their parents.” What should parents do and say if their teens reveal that they’ve started dating? Here’s what the experts suggest.

Listen carefully; don’t lecture. You should feel flattered if your teens tell you that they’re dating. It’s a sign that they trust you and are excited to share the news with you. “Kids don’t confide in their parents as much as they get older,” says Rachel Ehmke of the Child Mind Institute (childmind.org), “so when kids do feel like talking, really make an effort to be available and listen.” Listen carefully to what they say and try to react in a non-judgmental way. Avoid lecturing them because if you do, says clinical psychologist Lisa Tiano, “they’ll tune you out, or give you the occasional eye roll, waiting for the lecture to be done and over with.”

Tell them what good relationships are like. Middle school counselor Phyllis Fagell suggests that parents discuss relationship characteristics, such as dependability, empathy, generosity, kindness, and considering someone else’s perspective. Fagell adds that parents also can recount their own experiences: “Talk about how you fell in love with your partner. What qualities did you admire?”

Teach them how to solve conflicts. Explain to your teens that conflicts are inevitable, even in the best relationships. Encourage them to deal with conflicts instead of ignoring them. Make your teens understand, Ehmke says, that “it’s much better to admit when something is wrong, talk about it together, and try to fix it together.” It will prepare them well for what it’s like to be in a mature, adult relationship in the future. Clinical psychologist Jose Delerme adds that parents should teach their teens that arguments aren’t about winning or losing: “Shift the idea of control to compromise, because no relationship should be one-sided.”

Encourage them to keep their own friends and interests. Remind your teens how important it is for them to have interests that are separate from those of their romantic partners. Delerme says that parents should tell their teens that “relationships should complement your life—not define it.” Also encourage them not to ditch their regular friends just because they’re in a relationship. Explain to them, Ehmke says, that “no one wants a friend who will throw her over for someone else, and [that] you still need a social life outside your boyfriend or girlfriend.”

Give them a sense of perspective. Anyone who’s been in love knows that the feeling can be all-consuming. Your teens may feel that a current partner, especially if it’s the first one, will be a one and only ever-lasting love. As parents, we know better but should fight the temptation to minimize the relationship or make it bigger than it really is. Well-known lifestyle writer Dina Cheney puts it well: “When your child reveals a crush for the first time, it’s easy to accidentally make fun of it, but you should resist the urge to trivialize things.” But, she says, parents shouldn’t aggrandize it either: “Asking your son or daughter if they’re going to marry the person, for example, would apply too much pressure.” 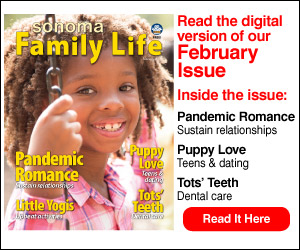